The assumption of most insiders is that Singapore will be just the first of several races that fall off the calendar in the coming weeks, as F1 boss Stefano Domencali and his team struggle to play a game of three dimensional chess while trying to deal with the constantly developing global pandemic.

Last year, F1 managed to conjure up a 17-race season in the face of the unprecedented challenge created by COVID-19. Former F1 boss Chase Carey was always adamant that a “normal” calendar would return in 2021, and before handing the reins to Domencali he came up with a record 23-race schedule.

The hope was that, helped by vaccination programmes worldwide, the impact of COVID would diminish as the year progressed. Focus was placed more on to what degree races could be opened up to fans – a crucial factor in determining how much promoters would be willing to pay for their events.

This weekend’s Azerbaijan Grand Prix is the sixth round staged this year, and the events coming up in Europe look reasonably safe. However the run of flyaway races that starts with Russia in September looks even more perilous now than it did in January, and the fear is that, after Singapore’s cancellation, others will start to fall like dominoes.

Nobody expects the final calendar to look much like the one that we are currently working to, and the chances of making it to 23 appear slim.

Last year the first target was eight, the number required for an official world championship. The second milestone was 15, which triggered full season payments in many TV broadcasting deals.

Ross Brawn told teams last week that this year’s minimum target is actually 20 races, essentially because some of those broadcasting deals have been renegotiated. Unsurprisingly TV companies who paid for 22 races in 2020 and ultimately only had 17 to broadcast – and thus sell ads or subscriptions around – wanted a more favourable arrangement. 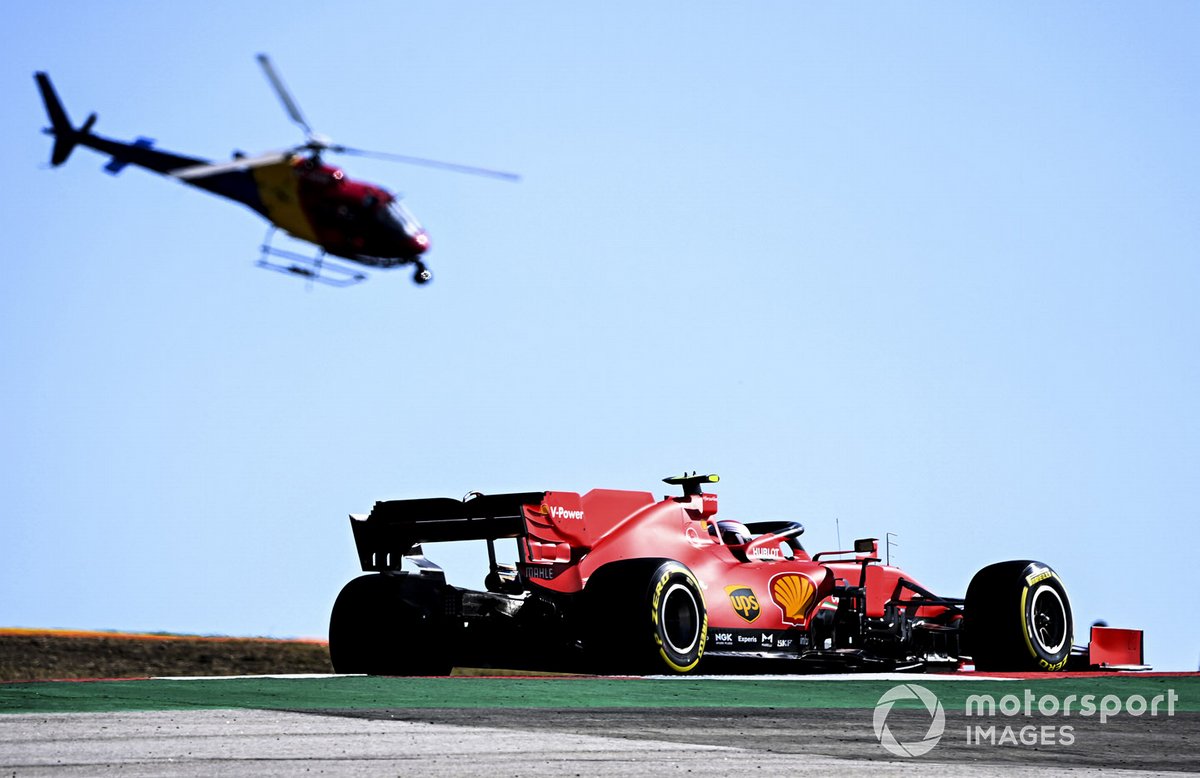 This year things are unfolding in a very different way compared to 2020. Last season the original calendar was thrown away during the spring lockdown, and a new one pieced together as and when venues became tenable. Races were announced (or in a few cases reconfirmed on their original dates) two or three at a time, sometimes just weeks in advance, until we finally reached 17.

This year F1 started with a full 23-race calendar as a notional target. But even before the start of the season Australia was switched from March to November, while China was moved into a reserve position and replaced by Imola. Later Canada was cancelled and replaced by Turkey, which then itself had to be called off due to red list quarantine requirements in the UK and France.

To bank an extra event with the minimum stress, a second Austrian race was added, with France moved to make space. Singapore, a street race with a long lead required time to build up the venue, became the first of the end-of-season flyaways to drop off the calendar on Friday which leaves a space in October between Russia and Japan.

The following day in Baku, Stefano Domenicali held his regular “coffee morning” meeting for team bosses, and the calendar was one of the main topics. All he was really able to say was that F1 is working on a replacement for Singapore, and there was no firm news on any of the other races.

Domenicali and his colleagues face a near impossible task. They are at the whim of government decisions not just in the race locations, but in the home countries of the teams and others working in F1. It’s not just about getting to places, but getting home.

Those rules change all the time, and are impossible to predict. UK and French red zone quarantine rules that meant Turkey was cancelled just days after it was put on the calendar, and the same restrictions mean that it’s hard for F1 to slot it in anywhere else without taking a huge gamble. Other races are currently at risk for the same reason.

In many cases, central or local governments are directly responsible for races. That can work both ways – they can be determined to make their races happen for the obvious PR value, and cut through the red tape to ensure that the F1 circus can come and go. Or they can take the opposite view, as Singapore has done, and remove any risk associated with bringing in 1400 or so people from overseas for something as non-essential as a sporting event. 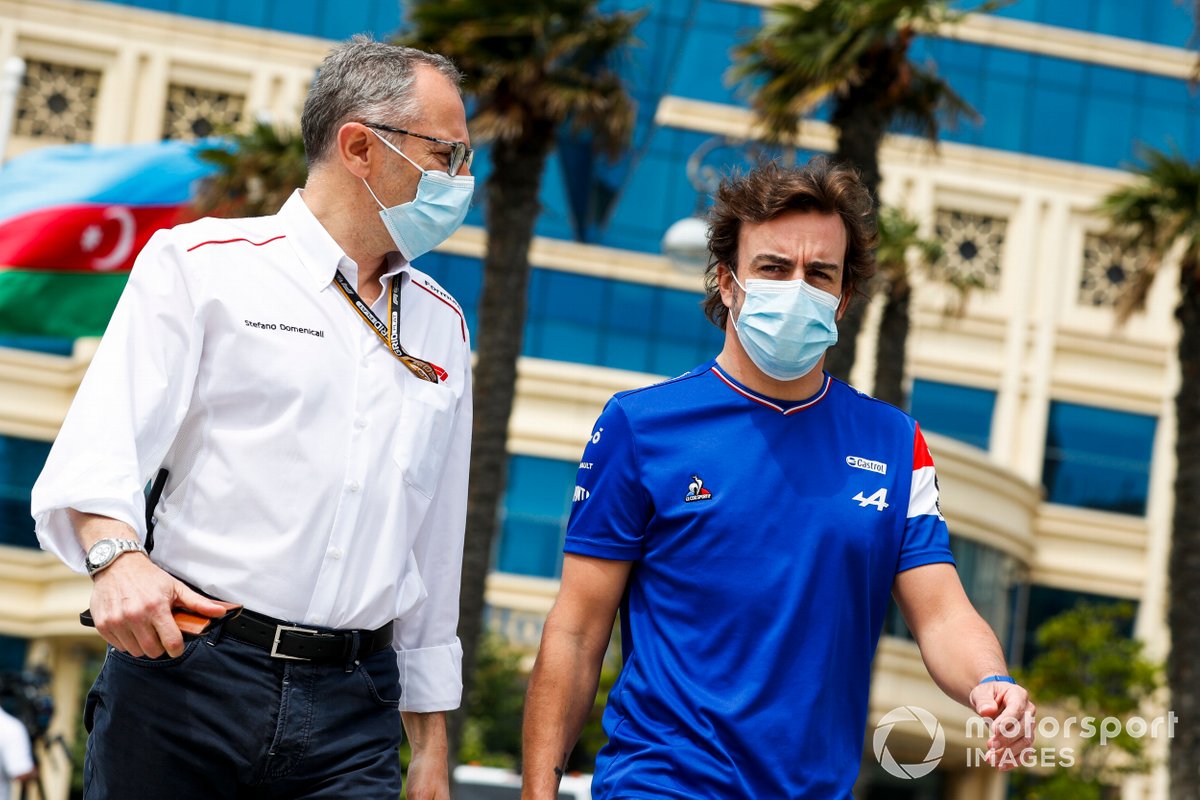 The schedule also has to make financial sense for F1. Last year venues received unprecedented deals in order to keep the race numbers up. But those are no longer available, which is why the likes of Mugello and the Nurburgring are not being mentioned.

Ongoing race deals are subject to renegotiation should the events be closed to fans, or only open to limited numbers, given that tickets are the only source of income for their promoters.

As was the case last year, there is the question of who blinks first. Are races officially called off by their promoters, or by F1? That makes a big difference in terms of the legal and commercial ramifications, which is why official announcements sometimes emerge long after it seems obvious that a race cannot happen.

The logistical implications are massive. F1 requires seven 747s to transport the cars and equipment around the world, and booking those is not the work of a moment – especially as prices have been hiked up over the past year. Pirelli sends its tyres by sea weeks in advance to many flyaway races, and the teams also transport pit and garage equipment by ship. That takes a lot of planning.

At the moment, the run of European events up to round 14 in Monza looks reasonably secure, but after that, pretty much anything can happen. Here’s how that final sequence of races currently looks.

Held with spectators in 2020, the Sochi event is regarded as fairly firm, with the authorities obviously keen to make the event happen and few obvious hurdles in the way. However teams were concerned last year that they stayed in hotels full of domestic tourists – Sochi is a holiday resort – who were not wearing masks or respecting social distancing, and there were some COVID cases around the weekend.

In its last year as a works supplier and with AlphaTauri rookie Yuki Tsunoda gaining in popularity, Suzuka owner Honda is determined to hold the race. Much depends on the Tokyo Olympic Games, and how that pans out. If it is run successfully, with some 90,000 people coming into the country, then F1 will have a much better case. However entry is currently severely restricted and a 14-day quarantine required even for locals. 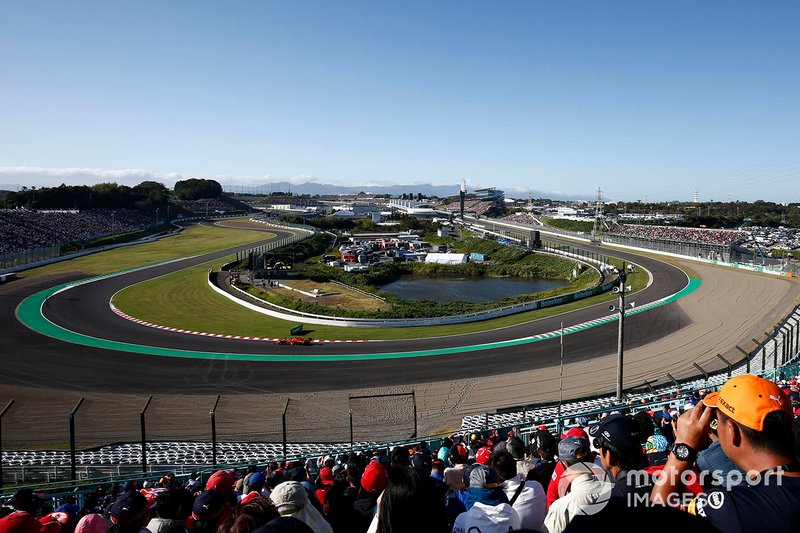 Austin was hit badly by COVID, but at the moment the US GP is regarded as safe. Discussions are underway about holding a second event, should one of the races that is due to follow it be cancelled.

With Sergio Perez in a front-running Red Bull, there’s a huge push for Mexico to happen. Insiders remain positive about its prospects, despite the country’s COVID situation.

Interlagos nearly disappeared off the calendar, but a new promoter has given it a second chance. However it is regarded as very vulnerable, and without a local driver on the grid there is less momentum behind it than Mexico. Brazil is also currently on the UK red list.

Australia was postponed because of tight quarantine requirements, and nothing has changed since March – if anything the country is even more wary of COVID after recent outbreaks. As a temporary venue, Albert Park requires a long lead time to prepare, and thus a decision has to be made by August. Like Singapore, the authorities are likely to take a conservative approach.

There is huge momentum, and a big financial push, behind the new Saudi event. At the moment there are no specific hurdles surrounding it. The government has indicated that vaccinations will be compulsory for F1 visitors, something that may become a requirement elsewhere.

Abu Dhabi ran a successful season-closer race last year amid tight restrictions, with the circuit closed off to the rest of the country, local staff and marshals isolating in advance, and the entire paddock staying in hotels in Yas Island. However the UAE is currently on the UK red list, which would mean anyone returning the country would have to isolate in government hotels for 10 days – potentially to around 23-24 December. The quarantine requirement also applies to Bahrain, an obvious location for an extra end-of-season race.

All of this makes it hard for teams to plan not just their personnel travel and freight logistics, but their whole seasons. They don’t know what tracks they should be preparing for, or how many races their power units will ultimately be required to do. 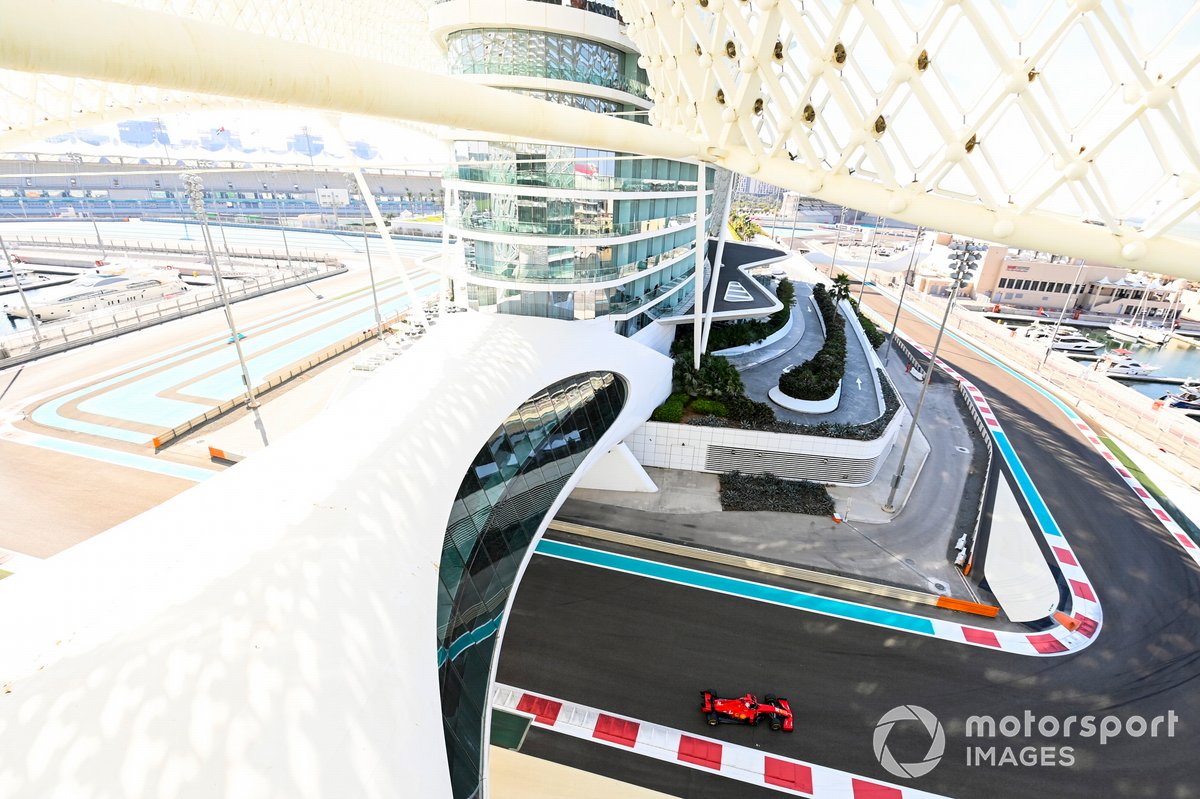 However, the teams learned last year to go with the flow, and deal with short notice changes. They trust Domenicali to get the job done and, most importantly, to keep the money coming in.

“It’s so difficult because it’s a moving target,” Mercedes boss Toto Wolff told Autosport. “Stefano and his team are doing a really awesome job. He’s ambitious, and at the same time very cool about the situation. I couldn’t wish for anybody else to lead this gang.

“We have to look after our people and ourselves, but Stefano has to bring in these deals, and look after all of us. If Stefano decides where we are going, then we are going there.”

“And on our side we are supporting them as much as we can, make sure we can achieve their goals, as they are our goals as well.

“F1 knows very well the logistics, the difficulties we’ve got behind, and so far I think whatever the decision has been made, the decisions were OK. So honestly I think that it’s more important for us to be supportive, rather than eventually to seeing any difficulties in the choices.”

McLaren’s Andreas Seidl agrees that the teams have to leave it up to Domenicali and accept what F1 decides.

“It’s a very dynamic and fluid situation worldwide,” he says, “and the number of races that we are doing just shows that they are doing a great job. 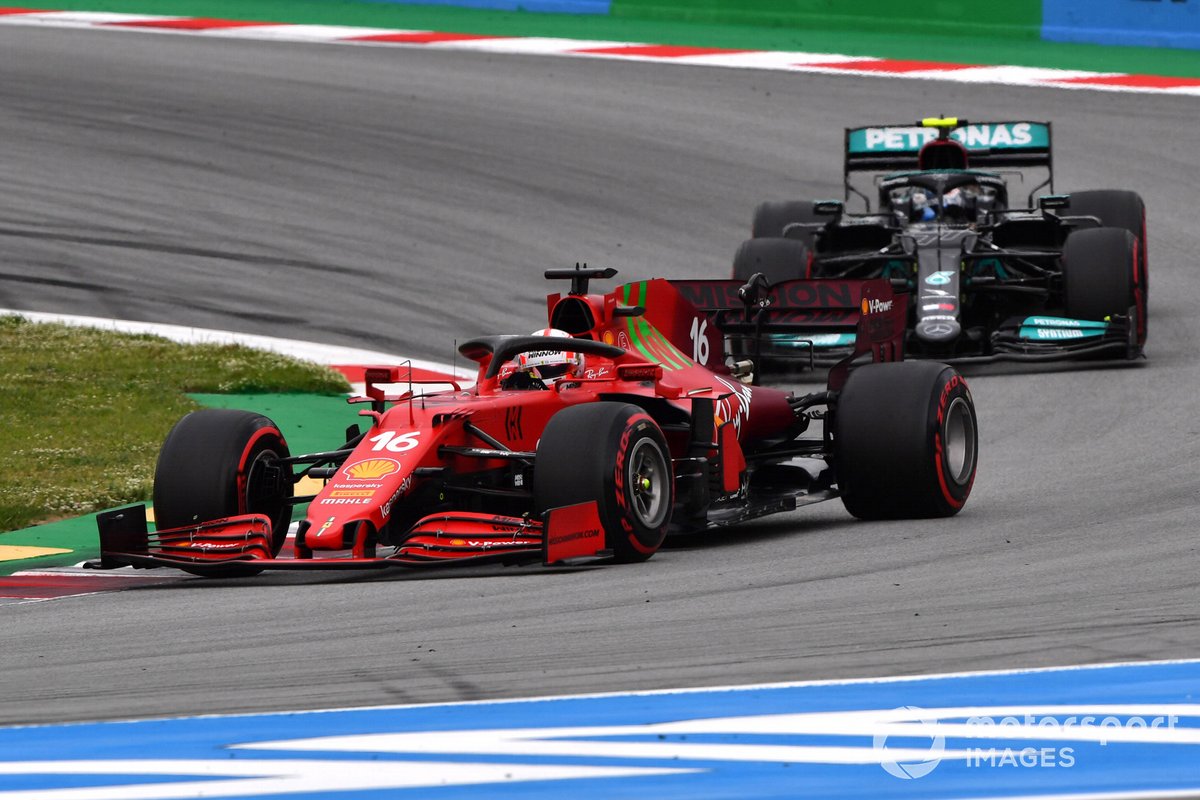 “But then at the same time, you also need to consider always which consequences for example, has it if you go to a certain country, or the travelling that you want to do afterwards, because it would affect what you want to do the week after. All this can obviously happen or change from one day to the next worldwide at the moment, so it’s a huge challenge.

“But the good thing is that we have a very open and transparent dialogue there with F1, and Stefano keeps us always up to date, which is good. I think we are always in a position, or at least we have been so far, to have enough time to react and adapt.” 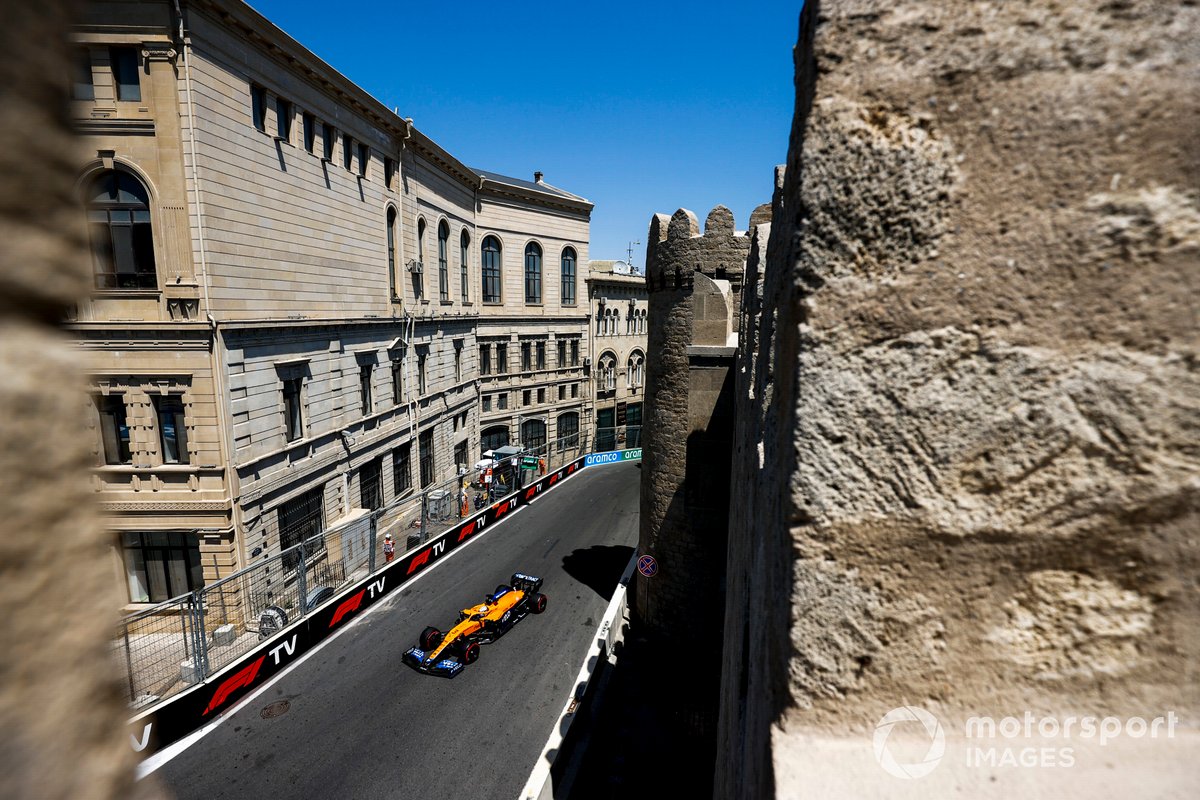 The Japanese rookie has had a rollercoaster season for AlphaTauri so far, after making the jump up to grand prix racing from...

Whether they are a fan of Formula 1, the Le Mans 24 Hours, MotoGP or any other form of motorsport, there's always...

Fallout 76: Brotherhood Of Steel’s Fate Is In Your Hands With Steel Reign

The Economic Impact of Weather and Climate – Watts Up With That?