The future of William Saliba has become a huge debate amongst Arsenal supporters who are concerned that they will never see the young Frenchman play in the red and white before he leaves.

Signing for The Gunners in 2019 under Unai Emery, he returned to Saint Etienne on loan for a season before his full arrival a year later.

However, Mikel Arteta did not include Saliba in his first-team plans and the then 19-year-old was sent to play with the under-23s to his frustration.

As a result, Saliba left the club in January on loan to join Nice where he impressed, alongside fellow loanee Jean-Clair Todibo.

Fast-forward to the present day and Saliba’s future is still uncertain. It is reported that the 2021 French Olympic squad participant is considering his options, as are Arsenal.

I’m told that William Saliba is assessing his options ahead of Ben White’s likely move to Arsenal.

The 20-yr-old is expected to return for pre-season training – but loan move is the probable outcome now.

The Gunners pursuit of Ben White from Brighton indicates that the path to regular first-team football is very much blocked should a deal take place.

A loan away from the club makes sense, despite the obvious annoyance to many Gunners supporters wanting to see him given a chance.

William Saliba’s agent is at Arsenal’s Highbury House offices where talks are scheduled over the future of the French defender.

Talks over Ben White deal progressing well, which naturally could limit the opportunities available to Saliba.

One of the clubs that presented an offer for Saliba is Ligue 1 side Rennes. The French club were interested back in 2020 but a move failed to materialise.

This time around, Saliba has reportedly outright refused to join the French outfit.

French outlet Ouest-France reported via French Football News that Saliba ‘did not appreciate’ how Rennes dealt with the proposals last season.

Saliba in any event rejected the idea of a loan to Rennes on top of this, largely because he did not appreciate how he was treated last summer. Last summer, an agreement during the window was found for the player to leave Arsenal to join Rennes on a season-long loan, but SRFC then didn’t come back to him for quite a while and preferred to accelerate talks with Daniele Rugani instead.

More on William Saliba’s refusal to join Rennes – last summer, he had a deal to join them, but they went quiet for a period of time & pursued Daniele Rugani instead – Saliba held out to move to them & this contributed to his non-exit. He felt mistreated. https://t.co/5djeLdzoLd

Newcastle, Southampton and Lille are three clubs said to be eyeing up the 20-year-old. For Arsenal, it would make sense to send him to a fellow Premier League side to see how he deals with the rigours of the English top flight.

Only time will tell where he ends up.

Camavinga holding talks with Manchester United but PSG the “priority” 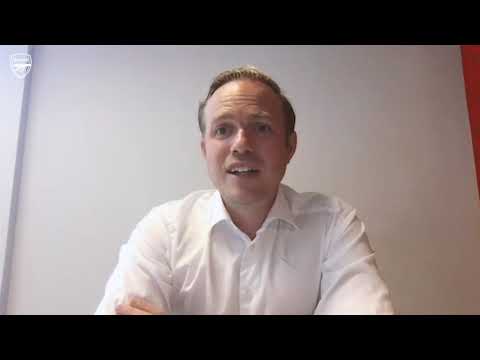 Welcome to The Arsenal, Jonas Eidevall!