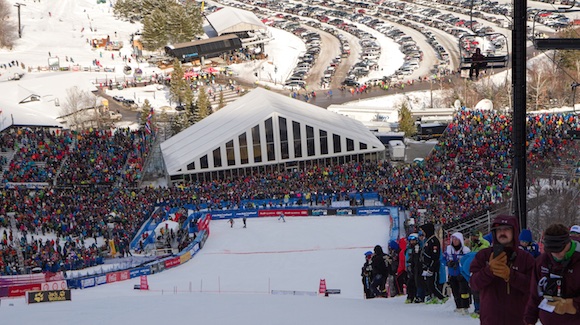 Killington, VT announced over the weekend that the FIS Ski World Cup is returning for the next two years.

Keeping with the tradition, the races will take place over Thanksgiving weekend.

I know the news is getting Vermonters pumped! The pride they have hosting a World Cup event, at Thanksgiving no less, is palpable.

I’ll leave you with the press release from Killington as I start to look up flights and lodging for this year’s race! 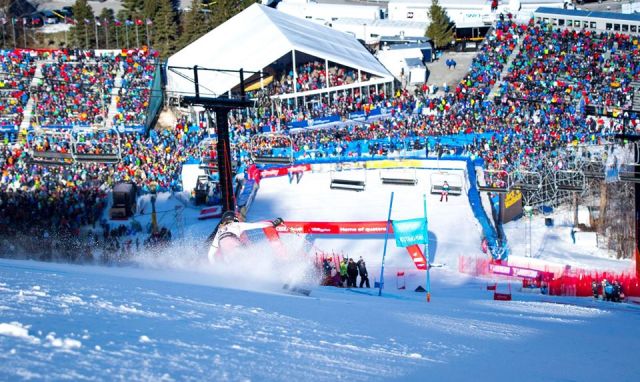 World Cup Ski Racing to Return to Killington Resort Through 2022

KILLINGTON, Vt. (June 10, 2021) – Vermont’s Killington Resort, the largest ski and snowboard resort in Eastern North America and part of POWDR, and U.S. Ski & Snowboard, the National Governing Body (NGB) of Olympic ski and snowboard sports in the United States, have a two-year agreement for Vermont’s Killington Resort to host the Audi FIS Ski World Cup. Killington’s place on the 2021 Alpine World Cup calendar has been confirmed by the International Ski Federation (FIS). HomeLight, the real estate technology platform transforming how people buy and sell homes, is the title sponsor for the next World Cup at Killington. The HomeLight Killington Cup will take place Thanksgiving weekend from November 27-28, 2021.

As with the last four years of the Audi FIS Ski World Cup, the 2021 and 2022 races at Killington will be broadcast worldwide to more than 60 nations, along with national broadcast coverage across the United States. The event has drawn an increasing number of spectators who converge at Killington each year to cheer on ski racers from around the world. As one of the top three events on the Women’s FIS World Cup tour with spectators peaking at 39,000 in 2018, the event is anticipated to bring millions of dollars in economic impact to the state of Vermont.

“Bringing FIS Alpine World Cup racing back to Killington Resort for the 2021/22 Olympic Qualification season is an incredible opportunity for the resort and the surrounding community. More than just world-class racing and a great music line-up, spectators will enjoy a full weekend of festivities,” says Mike Solimano, president and general manager of Killington Resort and Pico Mountain. “Come fall, we’ll utilize every opportunity to build a world-class race venue on Superstar with Killington’s state-of-the-art snowmaking system – positioning us to offer the longest season in the East.”

“The HomeLight Killington Cup has become a fan and athlete favorite over the last four years. It’s a true celebration of ski racing excellence, the international race community, and inspires the next generation,” says Eric Webster, Senior Director of Events at U.S. Ski & Snowboard. “Since bringing World Cup ski racing back to New England, Killington Resort and Vermont has set a new precedent for ski racing internationally, boasting the largest World Cup crowd for women on the entire circuit. We’re thrilled to see the commitment and passion Killington and POWDR have for ski racing continue, especially as we head into an Olympic qualification year.”

“Everything we do at HomeLight is focused on helping the best people and teams in real estate win and support their clients and the communities they call home,” said John Van Slyke, III, Vice President of Marketing at HomeLight. “We’re thrilled to partner with the U.S. Ski & Snowboard Team and Killington Mountain Resort to once again bring the top athletes in the world to Killington.”

U.S. Ski & Snowboard has had a long relationship with POWDR producing World Cup and Grand Prix events at other POWDR resorts including Copper Mountain, and the collaboration for Killington’s World Cup the past four years solidified The Beast of the East as a strong venue for World Cup alpine ski racing to continue on the East coast. The HomeLight Killington Cup is a free event with options to upgrade. Spectators will have access to the festival village, live entertainment and racecourse viewing area at the base of Superstar Trail. Tickets go on sale September 9, 2021.

“I’m looking forward to seeing local and regional communities at Killington come together once again to support World Cup racing, especially in a year when athletes are vying for their Olympic spot,” says Herwig Demschar, chair of the local organizing committee in Killington. “Killington Resort has proven their ability to successfully host large-scale events and everyone knows The Beast throws a great party, making it all the more exciting to see Killington and east coast ski racing fans unite for another year of celebrating the sport.”

About Killington Resort
Killington Resort is a four-season destination sitting on 3,000 acres in the heart of Central Vermont’s Green Mountains. Killington boasts 92 miles of diverse snow sports terrain spread across six peaks including Pico Mountain, and served by the most expansive lift network and snowmaking system in Eastern North America. After the snow melts, Killington features an 18-hole championship golf course, the family-friendly Snowshed Adventure Center, 35 miles of mountain biking trails and 15 miles of hiking trails. The seemingly infinite après, dining, and lodging options have made Killington a world-class destination for East Coast skiers and riders for over 55 years. Killington is part of the POWDR adventure lifestyle portfolio. Visit http://www.killington.com for more information and discover more of what The Beast offers with and #beast365.

About HomeLight
HomeLight is building the future of real estate — today. Our vision is a world where every real estate transaction is simple, certain, and satisfying for all. The best real estate agents rely on HomeLight’s platform to deliver better outcomes to homebuyers and sellers during every step of the real estate journey, whether that’s enabling an all-cash offer, unlocking liquidity of their existing home to buy a new one, or creating certainty through a modern closing process. Each year, HomeLight facilitates billions of dollars of residential real estate business on its platform for thousands of agents. Founded in 2012, HomeLight is a privately held company with offices in Scottsdale, San Francisco, New York, and Seattle, with backing from prominent investors including Zeev Ventures, Menlo Ventures, Group 11, Crosslink Capital, Bullpen Capital, Montage Ventures, Citi Ventures, Google Ventures, and others. For additional information and images: www.homelight.com/press.

“That one’s gonna hurt.” -NBC commentator It’s the agonizing feeling that skaters across the world can sympathize with and unfortunately for Peru’s Angelo Narvaez,...

Credit: FACEBOOK/Mt. Buller The Australian state of Victoria has ended its COVID-19 lockdown meaning skiers are allowed back on the snowy slopes of the...

‘We have to pay the price’: Oslo’s plan to turn oil wealth into climate leadership | Climate change